Philanthropy is more than check writing. It is an opportunity to leverage private sector dollars for social good. Many of our grantees reflect the diversity of our board’s interest and passions, but the spectrum of investment reflects on the extraordinary talent we have in our nation’s capital. We are not able to solve any one social issue or challenge, but through calculated risks, social investments, patience, listening and chronic learning, we hope to make thoughtful decisions on who to fund. We look forward to being active partners with our grantees and continue to improve on our grant making.

iCivics exists to engage students in meaningful civic learning. We provide civics teachers well-written, inventive, and free resources that enhance their practice and inspire their classrooms. Our mission is to ensure every student receives a high-quality civic education, and becomes engaged in – and beyond – the classroom.

The Project supports law students in developing foundational lawyering and professionalism skills by giving them the tools they need to address the well-documented constitutional illiteracy and civic disengagement of America’s high school students. Fellows use inquiry-based educational methods to support their high school students in developing 21st Century skillsets if creativity, problem-solving, collaboration, and critical thinking.

For over 37 years, Martha’s Table has worked to support stronger children, stronger families, and stronger communities by increasing access to quality education programs, healthy food, and family supports. Every child deserves the opportunity for their brightest future, and a deeply engaged family and community committed to their success.

The mission of Sasha Bruce Youthwork is to improve the lives of runaway, homeless, abused, and neglected at-risk youth and their families in the Washington area. We achieve this by providing shelter, counseling, life skills training and positive youth development activities to approximately 1,500 youth and 5,000 family members each year.

Serving a community where systems are broken, and young people and their families are struggling to overcome obstacles, SBY uses proven youth development practices to help youth find new ways of surviving, thriving, and realizing success. Now with over 40 years of experience meeting the needs of DC’s youth and families, with innovative programming and dedicated staff, Sasha Bruce Youthwork is always willing to listen, and always ready to help.

Visit The Trust for the National Mall

Urban Alliance is a youth development organization that provides young people with the professional skills training and work experience needed to succeed in tomorrow’s labor market. By providing Urban Alliance youth with early, meaningful work, our DC business partners are helping to strengthen the school-to-work pipeline and prepare the next generation of leaders.

For the past 20 years, Urban Alliance has partnered with businesses throughout the District to connect more than 2,000 high school students to paid, professional internships, and provided career-readiness training to an additional 14,000 students through community workshops. Currently, the DC program works with over 90 businesses to serve students from 20 high schools throughout the city.

Founded in 1996, CityDance is a 501(c)3 non-profit organization recognized as an arts and education leader throughout the DC metropolitan area. With its mission to transform lives and communities through dance, CityDance produces and presents world-class dance; trains young dancers for professional careers; and uses dance to prepare youth for academic, professional, and personal success. 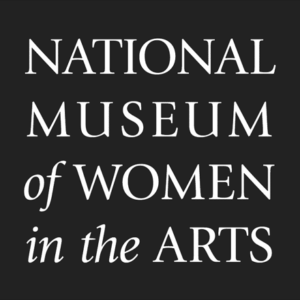 The National Museum of Women in the Arts (NMWA) is the only major museum in the world solely dedicated to championing women through the arts.

With its collections, exhibitions, programs, and online content, the museum seeks to inspire dynamic exchanges about art and ideas. NMWA advocates for better representation of women artists and serves as a vital center for thought leadership, community engagement, and social change. NMWA addresses the gender imbalance in the presentation of art by bringing to light important women artists of the past while promoting great women artists working today.

Visit The National Museum of Women in the Arts

Created in 1982 under President Reagan, the President’s Committee on the Arts and the Humanities (PCAH) is an advisory committee to the White House on cultural issues. PCAH works directly with the three primary cultural agencies—National Endowment for the Arts, National Endowment for the Humanities, and Institute of Museum and Library Services—as well as other federal partners and the private sector, to address policy questions in the arts and humanities, to initiate and support key programs in those disciplines, and to recognize excellence in the field. Its core areas of focus are arts and humanities education and cultural exchange.

S&R Foundation supports talented individuals in the arts, sciences, and social entrepreneurship, especially those who are furthering international cultural collaboration. 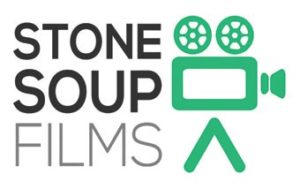 Stone Soup Films was founded in 2008 as a nonprofit production company that builds the capacity of worthy organizations by developing a probono communications strategy represented in a professional promotional film.

The John F. Kennedy Center for the Performing Arts (formally called the John F. Kennedy Memorial Center for the Performing Arts, and commonly referred to as the Kennedy Center) is a performing arts center located on the Potomac River, adjacent to the Watergate complex in Washington, D.C. The center, which opened September 8, 1971, is a multi-dimensional facility, and as memorial to John F. Kennedy and a cultural center, it produces a wide array of performances encompassing the genres of theater, dance, ballet, and orchestral, chamber, jazz, popular, and folk music, offers multi-media performances for adults and children, and is a nexus of arts education.

In addition to the approximately 2,000 performances held annually for audiences totaling nearly two million, the center hosts touring productions and television and radio broadcasts that, collectively, are seen by 20 million more. Now in its 45th season, the center presents music, dance and theater and supports artists in the creation of new work. With its artistic affiliate, the National Symphony Orchestra, the center’s achievements as a commissioner, producer, and nurturer of developing artists have resulted in over 200 theatrical productions, dozens of new ballets, operas, and musical works.

Though Lubavitch Chassidim had been living in Maryland since at least 1891 (the date of incorporation of the first Chabad synagogue) the modern presence and outreach work of “Chabad Lubavitch of the Maryland Region” began with the arrival of Rabbi Shmuel and Rochel Kaplan to Baltimore in 1974 as emissaries of the Lubavitch Rebbe. The remarkable growth and expansion evidenced below is a testament to the vision and inspiration of the the Rebbe and the confidence he placed in a fresh young couple.

Jerusalem U is committed to strengthening the emotional and intellectual connection of young Jews to Judaism and Israel. Jerusalem U is breaking old molds, forging new approaches to Jewish and Israel education through the creative use of film and technology all distributed via the Internet, social media, television, grassroots campaigns and partnerships with mainstream pro-Israel and Jewish organizations. 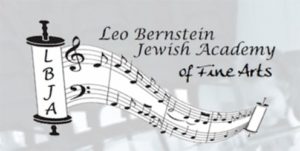 The Leo Bernstein Jewish Academy of Fine Arts, now in its sixth year, is an innovative Jewish Day School in Silver Spring. LBJA is a STEAM school with focus on Science, Technology, Engineering, Art, Music and Math in a small class environment. LBJA is responsive to every child’s needs.

For over a decade, Mesorah DC has been bringing Jewish spirit to our nation’s capital, enhancing the Jewish experience of young professionals each year . Mesorah DC programs provide educational and social opportunities for Jewish professionals in their 20’s and 30’s.Jewish people of all backgrounds and affiliations feel comfortable and welcome to come meet new people at our events; as well as to explore how Jewish tradition interfaces with the 21st century.

2239’s Metro Minyan has reshaped D.C.’s Shabbat scene for Jewish 20s and 30s and made Shabbat accessible for young Jewish professionals living and working in Washington, D.C. Once each month Rabbi Miller and Rabbi Skloot go to where the young Jews are—near the Metro—at a rotating list of locations. The services draw between 150-250+ young Jewish adults every month. The evening begins with “A Shot of Torah”—an opportunity to study the weekly Torah portion and dive into some serious (and not so serious) Jewish discussion. The service itself is engaging, guitar-led, and “come as you are.” Participants dine together at a Shabbat dinner catered by an on-trend restaurant and end the night with a social gathering at a nearby location.

Sixth & I celebrates intersections—the unexpected places where Jewish and secular culture meet. Completed in 1908, the Sixth & I building—located on the corner of 6th and I streets in downtown Washington, DC—has undergone numerous transformations. Since 2004, Sixth & I, through its openness and pluralistic approach, has redefined the 21st-century synagogue and community space with impactful, entertaining, and thought-provoking programs spanning Jewish and cultural traditions. Timely and provocative events with authors, musicians, politicians, comedians, filmmakers, journalists, actors, chefs, and other visionaries allow the community to plug in to what’s happening at the forefront of arts and culture. At Sixth & I, what it means to be Jewish is up to you. With a multi-denominational and non-membership approach, identity and community intersect on your terms for a uniquely Jewish experience.

The Yeshiva High School was founded in 1963 by HaRav Gedaliah Anemer zt”l and community leaders so that families in the Greater Wash­ington area would have a local address for their children to receive a quality yeshiva edu­cation with separate divisions for boys and girls. The found­ing concept was to create an institution that would provide a high quality Judaic and general studies high school education. Beginning with a class of six students, the lay committee and rabbonim of the community appointed Rabbi Anemer as Rosh HaYeshiva, a position he held for more than forty years until his passing, to guide the institution with Daas Torah and a vision for the greater Wash­ington Jewish community. Within a few years, YHS expanded to a full high school and in 1980 added the junior high school to become the Yeshiva of Greater Washington.