Posted by June Wilson and Lenore Hanisch on May 18, 2017 on National Center for Family Philanthropy

If your foundation is considering a deliberate decisionto operate in perpetuity or choose a limited lifespan, undoubtedly you’ve done a Google search and found no shortage of articles and resources. The philanthropic sector offers up case studies, convenings, teleconferences, books, booklets and blogs on the topic.  Even the Wall Street Journal spotted the trend, in 2014 declaring “The Rise of Spend-Down Philanthropy.”  Lots of information. 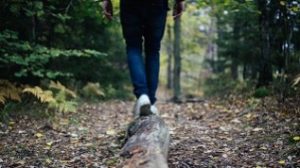 Loads of opinions. Overwhelming, inspiring, and in our opinion, not always very helpful.

Typically, the topic of perpetuity is discussed within philanthropy in three ways.  Frequently we see the “Spend Down vs. Perpetuity” debate. Since every debate must have a winner, people weigh in with judgment-heavy absolute assertions: “Why spend down is good for philanthropy.”  And, in an attempt to be helpful, people promote formulas to guide foundation decision-making: “Five Reasons You Should Spend Down.”

As leaders of a foundation with a reputation for spend-down evangelism, or as we call it, “spending up,” it may seem odd that we’re the ones pulling the flag on this play.  After all, we successfully calculated the decision-making formula, chose the winning side of the debate, and made the decision to spend everything.

Actually, that’s not how we approached it. We reject the idea that deciding the life of your foundation should be approached as if it is a mine field of dos and don’ts or an arduous debate that leads to a winning decision. The decision to spend down or operate in perpetuity, while important, is also not the most important question that your foundation needs to address.

The problem with the debate framework is that it can leap frog over more fundamental issues that need to be explored before the question of “to spend now or forever.” For Quixote, before we could grapple with the question of perpetuity, we had to get our house in order.  That meant clarifying our values, focusing our mission, and getting super clear about the impact that we wanted to see in the world.

What became clear for us was that the impact of our grantees was the legacy we wanted to see in the world.  This idea was consistent with our values and our mission, and it also resonated with our founder’s personal approach to his life and his philanthropy.  Throughout this process, the question of perpetuity versus strategic lifespan was in the background, but it was not the driving force.  Once we got clear about the change we wanted to see in the world, the answer to the perpetuity question was obvious:  commit to a limited lifespan and reframe the concept of perpetuity to be about impact, not personal or institutional legacy.

Thankfully, this decision put us on the side of the angels who believe that spending down is more virtuous, ethical, and righteous.  We just ignored those who believe that spending down is irresponsible and insensitive to the ongoing needs of the field. We jest! But we do want to highlight another common problem with the perpetuity debate: judgment. The limited lifespan advocates might appeal to the “responsibility” of foundations to let go of their wealth for the common good or characterize perpetuity as a hoarding of wealth and power. The perpetuity advocates might warn against the impact on grantees and assert the need for long-term commitment to communities and social change.

Here’s what we believe.  There is no single or best way for foundations to answer the question of perpetuity. A foundation might be firmly committed to advancing social justice but embrace the vision of a founder who strongly believed that change must be supported over the long-haul.  Another foundation might be considering a limited lifespan but grappling with what that decision might mean to some vulnerable grantees who depend on their support. These foundations’ decisions about their lifespan should not be guided by concerns about doing it right or doing it wrong; their decisions should be guided by the unique circumstances and vision of each foundation.

The process of coming to that decision is also, in reality, unique to each institution.  There is no formula to follow, no set of boxes to check based on your asset size, issue focus, or some other objectively measured factor that can guide your decision.

To be clear, we have a point of view about spending up.  That point of view? Spending up was absolutely the right thing for the Quixote Foundation.  We also have some recommendations – a conceptual approach, not a formula – that we think can be valuable to any foundation exploring the question of strategic lifespan. Here are our ideas: