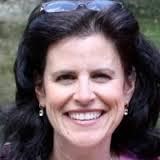 Jerusalem U is yet another one of Bernstein’s grantees that is leveraging the power of innovation to inspire the new generation about Jewish and Israel identity. Poised to instill in this generation a deep sense of connection with their heritage, the organization has sought to engage thousands of people by building its film-based educational programs. The driving force behind these efforts is Executive Director, Andrea Gottlieb, who has been with Jerusalem U for six years now.

How did you make your way to become Executive Director of Jerusalem U?

My background is actually in marketing and advertising; I worked in sales for magazines, and I ran a gourmet food show in the Philadelphia area called the Book and the Cook. About 20 years ago, I got involved in the Jewish community in Philadelphia and sat on several boards including the Jewish National Fund, Jewish Federation, and my kids’ schools. I started taking Torah classes and learned more about Judaism, and I got really inspired. I felt like Judaism is this amazing product. I started hosting classes in my home, and I got involved in some synagogues and organizations. I am definitely passionate about my heritage, and I wanted to share it with others. I brought a lot of people on board, and then about seven years ago, Amy Holtz, who was a consultant for Jerusalem U and a friend, asked me to help. It started out as a volunteer role, and the organization was fairly new. Within six months it became a real position. Now I work more hours than I ever have in my life. It’s a labor of love.

What does your position entail?

As Executive Director, my work is really involved in the distribution of our films in the United States and all over the world. The majority of our distribution is in the U.S., and most of my time is spent partnering with local and national organizations. I work with those involved in educating, whether in synagogues, camps, youth groups, day schools, Hebrew schools, Jewish Community Centers. That is the target market I spend most of my time with. We are also really popular with adult organizations, so my role is about building those relationships. We also have a course for educators; I do work with those individuals and help them along. My work starts at the top and it trickles down to the organization.

Jerusalem U is all about creating a fresh lens and building a new approach toward Jewish and Israel education, can you tell me about how you are doing so?

We do it in three ways. Our slogan is, ‘we engage, we educate and we empower.’ We engage by making feature films that can reach the masses. As well as with the organizations I mentioned previously, our feature films are distributed to channels like PBS, Netflix, and Comcast; that’s how we can reach of millions of people. Through social media, we engage with our audiences. We educate by touching them with one of our productions. The education comes from the curriculum and the content and goes with those films. We have a ten-hour film course taught in classrooms where students go in deeper with their education than just watching the film. Empowering is two-fold. In Israel, we teach in 20 different gap year programs, which are year-long courses on Israel education. We reach about 800 kids in Israel to prepare them before they go off to college. In addition, we do a lot of work on college campuses. We give students these films so they can host their own events. We enable and empower young people to be leaders.

Film is a very powerful tool, and studies show that video is becoming the most popular medium for information consumption. Can you tell me how you go about generating content and developing your films?

For our Israel education films, we have meetings as a staff, and people constantly submit ideas for films. We organize focus groups and conduct research and surveys to find out if the idea is something that would speak to our target audience. We invest a lot of resources into focus groups to make sure the messaging is correct. We have actually cancelled some that we had funding for but just didn’t speak to the millennial audience. By reaching our young audiences as well as educators and rabbis, we assess what topics we should pursue. We also have about 5,000 students do our 10-hour course online, so we survey them before and after the course; we do that with some of our films as well to find out how it fared.

What have been the most successful Jerusalem U projects to date?

Our successful project has been our film Beneath The Helmet, which we launched a year ago. That film is now on Netflix; it’s number 5 on their military films section. With this film, we organized 112 overnight camps where we sent soldiers to speak with the kids. I recently attended the AIPAC Policy Conference and its college fair, and one of the most rewarding things was that people kept coming up to us and saying it was their favorite film; they had seen it in their Hebrew schools, youth camps, and BBYO conferences. We touched these kids in so many ways. Beneath The Helmet put us on the map with many organizations.

Bernstein funds our Step Up For Israel campaign, which is a series of films including Beneath The Helmet. Last year, we had 102 organizations involved across the DC Metropolitan area- a number that doubled from when we started in 2013. Because of that film, others started subscribing to all our other education offerings.

Do you find it is more impactful to distribute films online through mediums like Netflix, or through traditional screenings?

We won an award from Netflix for being one of their top 5 films, but Netflix actually does not provide us with the number of viewers; Beneath The Helmet was our first film on Netflix. One of our other films had 100,000 viewers on Comcast. Distributing through these mediums is something we have to think about, we have to assess how to negotiate the contracts. We want our films on Netflix so it is easier for someone to at least hear about them. Our goal is to get our education out there, so we want to make it as easy as possible for the end user. The majority of our partner organizations are looking for programming to bring into their synagogues, JCCs, and Hebrew schools. As we are constantly coming out with short films and educational products, we really want to build our relationships with them so they can show them in their classrooms.

Your target demographic is middle school to 30 years old. Have there been any challenges in this effort to connect with this group?

The biggest challenge that we have is getting unaffiliated kids involved. If they’re in a camp, Hebrew school or youth group, chances are we’re touching them. If they are on the soccer field and they don’t go to Hebrew school anymore, it’s a lot harder to reach them. We do work with groups that reach public school clubs, but that means a kid has to walk into the Israel club. We put our short films and other material online, so there’s a chance we could reach a parent who will then show it to their kids. I think with most Jewish organizations, the hardest thing is involving those unaffiliated kids.

Jerusalem U has a very impressive network of accomplished Jewish educators. How involved are these figures in the organization’s efforts?

Our Head of Education is Zeev Ben-Shahar, a real superstar in his own right, and every other month we send Zeev to meet with schools, attend teacher training in communities, and host webinars. He oversees our education and has been phenomenal. We work with amazing Middle East historians like Dr. Tal Ben-Shahar, President of our Board, who happens to be Zeev’s brother. We will do a few events a year with him, and he also speaks to our gap year students in Israel. We also film people like Emeritus Chief Rabbi Jonathan Sacks and Professor Alan Dershowitz for our programs, and they host events for us. We look to these prominent figures as advisors.

How extensive is the network of your partner organizations?

It keeps growing. I believe we now have 800 organizations that we partner with, big and small. It could be a camp or it could be an umbrella organization. In Washington, Bernstein said it is very important for us to work with the other organizations that it funds. We partner with BBYO, and we have had programming with American University Hillel, The Jewish Federation of Greater Washington, and more. We have a unique product because we make million-dollar films, and no one else is doing anything like it.

As executive director, what is your vision for Jerusalem U?

My vision is that every student has a minimum of four hours of Israel education before going off to college. The dream is to reach everyone; that parents are talking about Israel around the dinner table with their kids, that we’re reaching both parents and students with positive messages. I want them to discuss the issues happening on college campuses, that there is an organized effort to turn kids away from Israel.  For parents to have that conversation so their children are prepared when they go on campus is important; we have a film about anti-Semitism on college campuses called Crossing The Line. Film is just the easiest way to educate people, and if, at the very minimum we can get them to watch our material, we end up touching them and ensure they have a positive connection with Israel.

Most rewarding experience whilst in your position?

There are so many. My bonus check is when I get e-mails form students. I got one from a student in Minnesota last week who saw our media class in her Hebrew school, and asked if she could use our film in a presentation on media bias in her public school. The groups that are hardest to reach are those kids in her public school class, and she single-handedly exposed them to our work. When I can give a kid a tool to be a leader, that’s the most empowering thing. We see a lot of kids that reach back out to us when they’re on their college campus, and they’re having issues with the Boycott, Divestment and Sanctions (BDS) movement. We’ve had students ask, ‘I’m presenting at our student council meeting regarding BDS, can you tell me three points that you think I should discuss?’ and, ‘I am presenting at my student council in Michigan, can you help me with my speech?’ These kids are putting their necks on the line because they got empowered from being educated by our films; that’s the best feeling.

What was the last book you read?

I just got back from Israel, and after hearing Rabbi Lazer Brody speak, I bought his little book called Six Days to the Top, and it’s about actualizing your potential. I just bought fifteen copies of it and gave them out.

Who is your greatest inspiration?

One is my great grandmother, a truly amazing woman- she was president of eighteen different Jewish organizations in her lifetime. She died at 99 years old about 28 years ago, but she was such a major influence on me when I was young. The other is my best friend Amy Holtz, who has now moved on from Jerusalem and is running this incredible project for the Israeli government. Amy has driven me to actualize my own personal potential more than anyone I know.

Mekonen: An Ethiopian Commander In The IDF