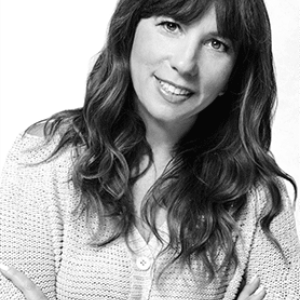 This past year, Bernstein Family Foundation was proud to provide The Creative Coalition with a grant to support its upcoming Arts Advocacy Day. Several decades ago, TCC was founded by a network of Hollywood actors determined to safeguard the arts and arts in education through the unique power and platforms of the entertainment community. CEO Robin Bronk has spent over a decade protecting these interests, spearheading the organization’s efforts to sustain its vital mission.

How did you land yourself in public advocacy for the entertainment world?

My career began at an organization called Close Up Foundation, which is based in Washington DC, a national non-profit with the mission of educating high school students and other Americans as to how to become a contributing citizen. After Close Up, I joined the Washington-DC based firm, APCO Worldwide, a full-service pubic affairs and  lobbying firm. That’s where I really cut my teeth at the intersection of entertainment and politics (or Poliwood, as I like to refer to these interesting and unexpected bedfellows). One of my first clients was the Recording Industry Association of America (RIAA), and the interests of that trade association is  certainly a marriage between Hollywood and policy.

Can you tell me about Arts Advocacy Day and its conception?

TCC has been leading this Arts Advocacy Day for over 20 years.  It was conceived back in the 1980s when President Ronald Reagan was going to zero out the National Endowment of the Arts (NEA). It was at that point TCC was galvanized by the actors Susan Sarandon, Ron Silver, Blair Brown, Alec Baldwin, and Christopher Reeve to use the power of the entertainment industry to bolster issues of social importance. Their focus was about saving the arts (which remains The Creative Coalition’s focus today).  They educated themselves about the issues, and activated and motivated themselves and other entertainment industry leaders behind the issue of ensuring that the arts thrive in America.  They did win that battle, but, unfortunately, we still haven’t won the war. For over twenty years, The Creative Coalition continues to marshal the strengths and assets of the entertainment industry behind this issue  — encouraging Congress to fund the NEA, the arts, and education.

Since assuming your position in 2010, what significant changes have you brought to the organization?

I have been with TCC since 1998- I came on as Executive Director, and then was named CEO in 2010.  When I came on board in 1998, The Creative Coalition was primarily a New York-centric organization with national priorities. We have since spread to have a very big presence in Los Angeles, Washington DC, Chicago, Miami, and other locales where there are significant artist  and entertainment populations. We  continue to maximize opportunities to bring the arts front and center.

As it is an election cycle, are you leveraging your position to have an impact on voters?

We are an issues organization, not a political organization, so we do not support any candidate. We always advocate and encourage all to be involved citizens and take your citizenship very seriously. We do everything we can to ensure that our constituency is actively participative in the election and the issues surrounding this election.

What are your insights about the creative economy and how innovation is contributing to its evolution?

So much is based on the arts. If disciplines were based on a food pyramid model, the arts would seem to be on the bottom. Statistics show that the more arts educations students receive, the more successful they will become. Statistics also show that for every dollar spent in the community on the arts, $10 comes back into the community.

In your opinion, do you think the US remains the strongest and most vibrant arts economy?

While we have a vibrant arts population,  public funding for the arts is still quite scarce. And, funding is what drives a thriving and flourishing community steeped in arts.

You are a person who wears many hats – for example, you published The Art of Discovery. Can you tell me about the projects you have pioneered?

I pioneer on behalf of The Creative Coalition  We have had several books come out including The Art of Discovery, Art & Soul, we have a movie, Poliwood, we have mentoring programs, policy bootcamps, etc. – we have our hands in many different disciplines in the arts and to protect the arts.

Favorite film and why?

I have a lot of favorite films, but my favorite which, if playing on TV and I can’t walk by it, is A League of Their Own. I love the script, the dialogue, and the acting; it’s a piece of art and a commentary on history.

Most rewarding aspect of your job?

That it allows me to put my left and right brain together, to be strategic, analytical and change the world through the arts.

Throughout your career, who has been your biggest inspiration?

My three daughters – Eliza, Danielle and Kiki – all very accomplished in the arts in their own right.

Weizmann Institute President Prof. Alon Chen is Breaking the MoldBy Ami Aronson of the Bernstein Family Foundation From a very young age, Prof. Alon Chen knew that he wanted to dedicate his life to science.Today, he is a renowned neuroscientist who has served as...

What is your role at your organization?   I am the Co-Founder and CEO of BeGirl. I am also the designer behind the brand, though I’m not doing much designing right now; I’m more in the management position.    Tell me more about the work of BeGirl. What...

What is your role at Building Bridges Across the River?  I am the president of the organization.  Tell me more about BBAR. What are your visions/goals for this program in the D.C. area?  Our north star—our theory of change—our desire for...

What is your role at your organization?  I am the CEO/co-founder of Democracy Works.   Tell me more about the project BFF is currently funding. What are your visions/goals for this project?  We build technology to help make it easier to vote and...

What is your role at your organization?  I am senior vice president of external affairs and diplomatic engagement, which means I am focused on three things: first, driving revenue to the organization through philanthropic partnerships; second, amplifying and...

Her Favorite Book The Bluest Eye by Toni Morrison. It was the first book I read that made me really connect with a character – it made me cry.  Her Mantra “What I do matters.” When I think about that, it reminds me that I need to be present in the moment and show...

What was your journey to becoming the Associate Director of Marshall Brennan? I have about 10 years of experience in civic education, and I’ve always been interested in teaching. I was a volunteer with an organization called the San Francisco Urban Service Project,...

What was your journey to becoming the CEO of Urban Alliance? How much time do you have? I’m just teasing. My own background is that I come from a strong family that had its share of economic challenges, among other struggles, and I grew up in a neighborhood in LA that...

What was your journey to becoming the Vice President of Planning, Development and Evaluation for Sasha Bruce? Before Sasha Bruce I had worked at a great non-profit in San Francisco called Haight Ashbury Free Clinics. In 2004 my partner and I were visiting her sister...

What was your journey to becoming the founder and executive director of Bimbam? I worked in media, advertising, and tech when I was in my 20’s, and on the side I became really excited about adult Jewish learning. Coming from a small southern city where there wasn’t a...

What was your journey to becoming the Executive Director of AU Hillel? I came to American University as an undergraduate when I was 18, and when I came to American I thought that I was going into politics- my dream at the time was to be a political speech writer....

Sixth & I has grown to become one of Washington’s most valued religious and cultural landmarks. With a non-denominational, non-traditional approach, the synagogue has welcomed thousands of people through its doors, and distinguished itself as a place of openness...

S&R Foundation embodies the embrace of ingenuity and creativity in the nation’s capital. Entering its sixteenth year, its visionary mission is to support and foster innovation among talented artists, scientists, and social entrepreneurs. S&R is in the...

Jerusalem U is yet another one of Bernstein’s grantees that is leveraging the power of innovation to inspire the new generation about Jewish and Israel identity. Poised to instill in this generation a deep sense of connection with their heritage, the organization has...

Martha’s Table has been a Washington institution for decades now, having provided its noble food, educational, and opportunity programs to thousands of children, families, and neighbors across the District. In an ever-challenging landscape for social service...

As a pioneer in the Jewish educational technology sphere, ShalomLearning is innovating Jewish supplementary instruction by introducing a fresh approach to Hebrew Congregational school. The Bernstein Family Foundation is proud to support this non-profit organization...

Bernstein Family Foundation has supported the globally-revered institution, The John F. Kennedy Center For The Performing Arts, for many years now. As a hub of the arts, culture and education, the Center has used its standing in the community to expand its reach and...

[av_textblock size='' font_color='' color=''] Bernstein Family Foundation is proud to support the Alliance for Young Writers and Artists, which is endowed with the partnership of The President’s Committee on the Arts and the Humanities (PCAH). The Alliance, PCAH, and...

Bernstein Family Foundation is a proud supporter of WAMU 88.5- American University Radio. With a listenership stretching across the greater Washington, D.C. metropolitan area, WAMU plays an important role in the nation’s capital. The Foundation, in its quest to...

Bernstein Family Foundation, a major proponent of American democracy, is proud to provide program support to iCivics, a non-profit civic education organization founded by Justice Sandra Day O’Connor. For the past year and a half, it has been in the hands of Executive...

Rabbi Aaron Miller, a rabbi at Washington Hebrew Congregation in DC and Potomac, grew up in Birmingham, Alabama. He graduated from Brandeis University with a degree in Jewish Studies and was ordained at the Hebrew Union College in Cincinnati. He also earned a Masters...

Eshauna Smith joined Urban Alliance in March 2013 and was named CEO in June 2014.  Her leadership in development, policy and advocacy, communications and strategic partnerships has helped position Urban Alliance as the premier advocacy organization for youth workforce...